The building of the Pisa’s Walls began in 1154 in the area of the city north of the Arno river; the construction lasted until 1161, followed by a further completion in 1284 in the area of Cittadella Vecchia.
In the area south of the Arno, the walls building was completed in 1186. The construction of the walls went on with the building of embankments, towers and with the rise of some ways; therefore, we can say that the city Walls as a whole were built over about a century and a half.

Further interventions for the building of Cittadella Nuova (current Giardino Scotto), which is south-east of the city walls and other bastions, took place after the Florentine occupation between XV and XVI century. The city Walls’ total perimeter measured 6.435 meters with an inner surface of 201.8 hectares. Respectively the north area measured 4.678 meters with a surface of 137.4 hectares and the south area measured 1.757 meters with a surface of 64.4 hectares. The layout of the walls followed the natural elements, above all water courses that lapped and crossed the city centre. Until the second half of XIX century the city Walls remained mostly unchanged; later, with the expansion of the city the walls weren’t protected and significant demolitions took place.
By the half of XIX century the development of the city was mostly limited within the city walls; in most of the circuit of the walls there was still the street Murorum, that is the space left free both inside and outside, represented by areas or public street open to all.
This device derived from municipal laws already established since 1287. The so called “pomerium” was signed with boundary stones planted in the ground at a distance of 3 Pisan poles within the walls, corresponding to about 5.25 meters and at a distance of 8 poles outside the walls, equivalent to about 14 meters. Between the first years of XX century until 1960, many of these areas were occupied, above all inside the walls, by vegetable gardens, gardens and buildings.

After the last war also the free areas outside the walls were occupied, above all the ones situated east of the city, of the current via Vittorio Veneto until the current via del Borghetto, where the city walls aren’t visible anymore and are enclosed almost entirely in private areas.

Regarding the plan for interventions for sustainable urban development, the walls project has been not only a device for the upgrading and the safeguard of one important monumental system, but also a true and proper urban project which gives voice to the whole historical city, throughout the walls system and creating relationships, returns and synergies with the spaces and the architectural complexes inside and outside the Walls. 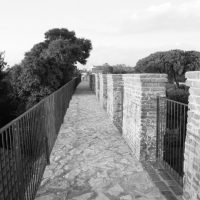 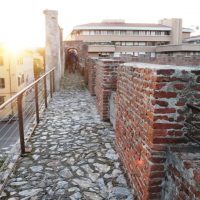 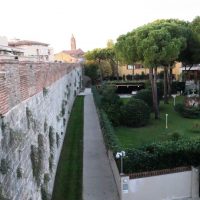 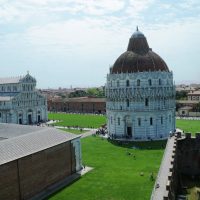 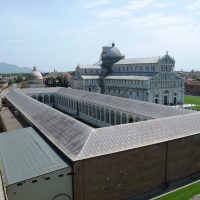 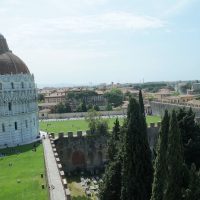 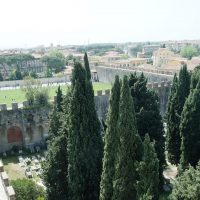